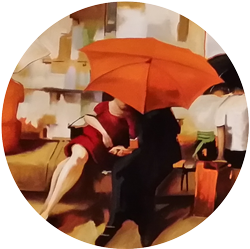 Yes it’s true. Some of my clients are crying out loud. They downloaded, opened and started to use Adobe Dreamweaver CC and they couldn´t find the Spry Drop Down Menu Option. Booo,,, Hooo,,,

Every client I had that used the Spry Drop Down menus were always a little dissatisfied and confused with the end result, no matter how good or bad the result was. The big problem is that many people that used them had no understanding of the CSS that controlled the menu´s appearance and position(s).

Well, the time has come and CSS has taken over. I posted an article some weeks ago with a link to a site that had some very basic, Adobe Dreamweaver CC, CSS Drop Down Menus.

I ´ve shared it with me clients in my one on one private sessions. All of them are at the point where the CSS I have covered with them thus far helps them understand the CSS concepts that make the Drop Downs work.

To, I thought I would create this video to help others. When you watch the video, there is a link for the sample files that go with the, “Adobe Dreamweaver CC, CSS Drop Down Menus” video.