The Code of the Future, Kids Learning Code.

Twelve-year-old Kevin Murphy of Littleton fell in love with computer programming in just an hour earlier this month, and now sees a career path he never knew existed.

Littleton Middle School was one of about 200 schools in Massachusetts that participated in “Hour of Code,’’ a nationwide campaign to help introduce millions of students to programming during Computer Science Education Week.

During the 60-minute event, sponsored by education nonprofit Code.org, Murphy and the other students wrote a program to make an online greeting card. 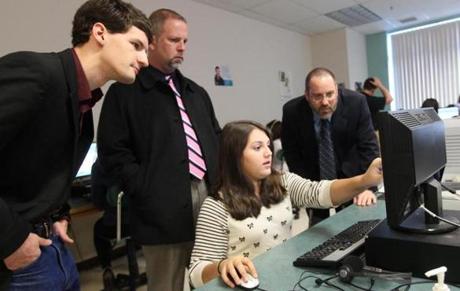