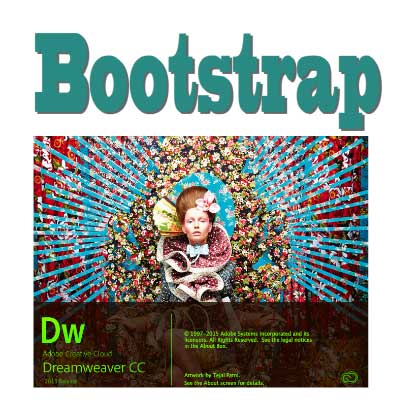 Once you know what you are doing, you can make Dreamweaver Bootstrap Menus in a matter of minutes. It may take you longer to customize the CSS to make the elements the colors that you would like, but it is way faster than the standard, from scratch, CSS code method that most of us that write CSS are used to.

Tell you what. Do you know how much money I made making and showing people how to make CSS menus that were responsive. Usually, what I really mean is always, it would take hours to create the menus given the various issues I would have going on with the page. Actually, it might take hours even before you get to the responsive part. With the Dreamweaver Bootstrap Menus options, this is a real time saver and it is very effective in the way the menu items look and function.

Another great thing about Dreamweaver Bootstrap Menus is that you can make them ready for mobile phone use with just a few lines of code. A real bonus is that once you create one menus set, there are portions of the code that you can use and save for use forever, in almost any project.

And what about those CSS3 dropdown menus. I paid for my last Mercedes making those. Those celebrities with the big bucks were paying me big money for those special CSS3 dropdown menus. Now, with Dreamweaver Bootstrap Menus, you are a click of a button away from making it happen.

Also I´ll add that it worth your time maybe, to go through some of those pages that you didn´t want to work with before, keep your responsive content and just replace the menus with the Dreamweaver Bootstrap Menus. Just a thought.